It seems that everyone these days is talking about publishing books on Kindle as a way of becoming known, getting your information out there to a big audience and, not the worst reason, making a bit of money.

I’ve published several books on Kindle and have more in the works and several people have asked me how I wrote them so quickly. There are lots of programs out there that will help you with that and other aspects of writing specifically for Kindle but I decided to give you my take on it all.

This is, of course, a highly truncated version of the process I use.

However, there are another few secrets I have used that might be worthwhile talking about here. My friend Randy Cassingham, who was one of the first people to make his living with an email newsletter and ha continued doing that with his “This Is True” franchise, says something that I really love. “Write once, sell often.”

He does it by taking the editions of his newsletter, compiling them into books, selling them as syndicated newspaper stories, making calendars, mugs and other tchotchkes based on them and selling ads on his blog and site that promotes the newsletter. (He does this in other ways, but you get the picture.)

I have been wiring fiction, opinion pieces, how-to pieces, etc. practically since I was in the womb. There is a lot that can be “re-purposed” into a book. You may or may not have been writing that long, but if you’re reading this article, I suspect you’ve been writing at least for a little while. Are there any bits that could be combined into a bigger whole? Is there a subject you often write about that you could expand into a book?

One of the nice things about writing for Kindle, as opposed to writing a physical book, is that you can get away with a much smaller book, as long as the information in it is good. Some people even suggest you do your books in a series, with each one being what might be only a chapter in a physical book.

You probably have lots of content already laying around, in some fashion or other. It might just take a moment to look under the couch cushions where you tend to loose things to find it. But once you do, it’s simply a matter of organizing it and punching it up a bit and you have a book all ready to go!

There are, of course, many other ways to approach it. When Connie Ragen Green and I wrote Time Management Strategies for Entrepreneurs, we basically started from scratch with a topic Connie suggested, decided on what info we wanted to present, did a bunch of research, made our outline based on that research and our own experience, then started writing. That book took a week to write and we both worked on it several hours each day that week. You can do that, too, but why not start with the “write once, sell often” idea. It’s a wonderful thing to say you’re a published author. How soon will you say it? 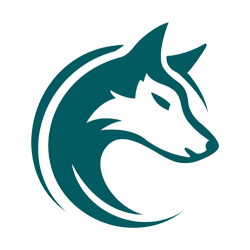